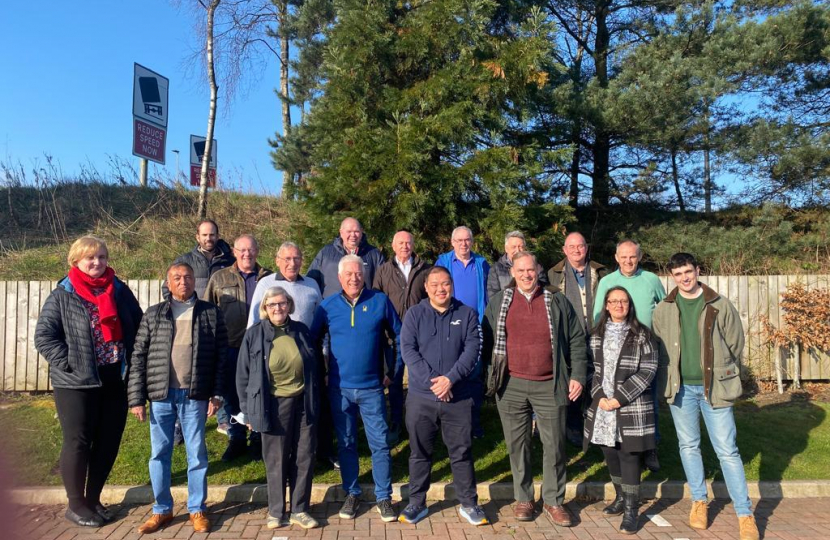 Murdo has expressed his delight at the largest ever field of Perth and Kinross Conservative candidates for the forthcoming local Council elections.

The local Tories will field 22 candidates across 12 wards in Perth and Kinross – the highest number since the voting system was changed nearly two decades ago.

It is also the most diverse group the party has fielded, with two prominent members of Perthshire’s minority ethnic community, Andy Chan and Aziz Rehman. The party currently holds 17 out of 40 seats on the Council and is looking to make gains at the ballot on May 5th.

Commenting, Murdo Fraser MSP said: “This is the largest field of candidates we have run for a local election since the current voting system was introduced. It is also our most diverse group ever, with two prominent members of the minority ethnic community locally.

“There is a good blend of experience and freshness, with 11 sitting councillors seeking re-election hoping to be joined by 11 new faces.”