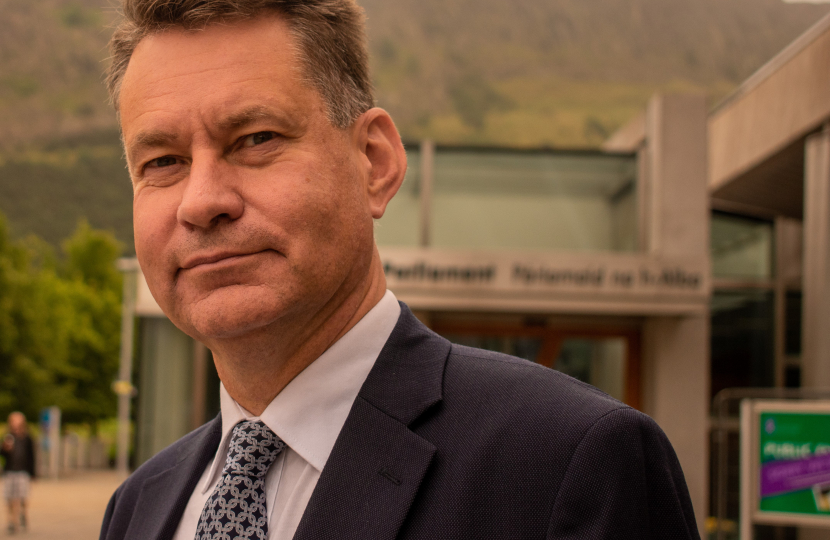 Murdor has described the SNP’s failures to eradicate ‘bed-blocking’ in Tayside as a “source of shame.”

Freedom of Information Requests obtained by the Scottish Conservatives show the scandal of delayed discharge that is continuing to engulf Tayside, over seven years after then SNP Health Secretary Shona Robison vowed to get rid of it in Scottish hospitals.

The figures show that on average, patients in Tayside who are suffering ongoing delays are spending 51 days in hospital. The Scottish Conservatives discovered that one patient in NHS Grampian has been waiting 2,312 days and counting – over six years – because of delayed discharge.

Murdo says the failures are a damning indictment of the SNP Government and that the costs to NHS Tayside are huge at a time when the health board are already under major financial strain. He added that there are major knock-on effects of patients suffering delayed discharge, including increased A&E waiting times and more crucial operations being cancelled for patients in Tayside.

Commenting, Murdo Fraser MSP said: “These astonishing figures spell out the reality of how delayed discharge is crippling resources in Tayside’s NHS and social care systems, and they should be a source of shame for SNP Ministers.

“It is appalling and mind-blowing to think that a patient could be stuck for 800 days because they have nowhere to go. That will have undoubtedly taken an enormous physical and mental toll on this patient.

“However, it is not just in the devastating impact on patients that the SNP’s failures to eradicate delayed discharge is keenly felt. It is putting an even greater strain on budgets within NHS Tayside that are already under huge pressure, while an increased number of patients suffering prolonged stays in hospital inevitably means longer A&E waiting times and more cancelled operations for patients in the region.”

“The problems stem from a shortage of care-home packages or care-at-home packages being available in Tayside and I fear that these problems will only get worse with the SNP’s plans to spend £1.3bn on a centralised National Care Service, which will take resources away from local services in Tayside.”