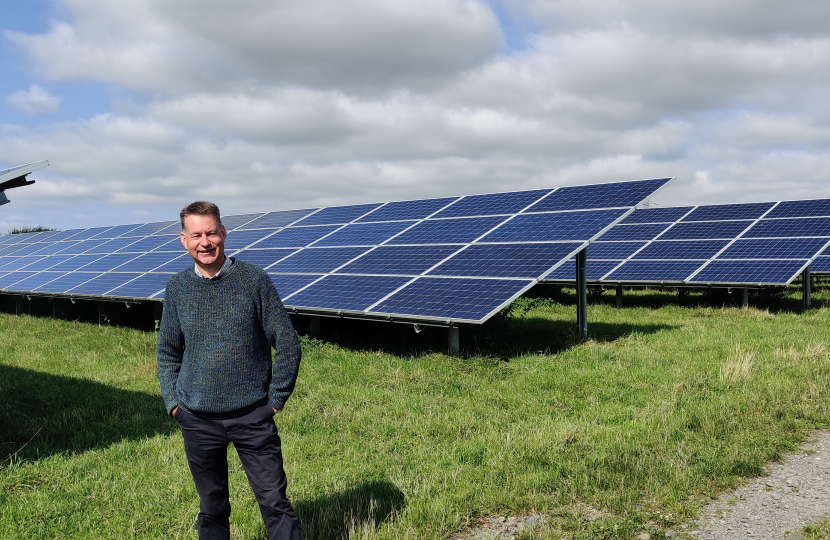 Murdo is encouraging residents in his constituency to plant a tree for the late Queen, following the King extending The Queen’s Green Canopy (QGC) initiative.

The QGC was due to finish in December last year, but King Charles III has now extended it to March 2023. The UK scheme, which was rolled out to mark the Platinum Jubilee, will now include the full tree planting season, beginning in October this year and finishing in March.

Commenting, Murdo Fraser MSP said: “I would encourage residents to take part in this scheme as it offers them an opportunity to be part of a special legacy. It will also display a tribute to mark Her Majesty the Queen’s incredible service to the United Kingdom and the Commonwealth.

“There will be a chance to plant a tree in schools and urban areas across the UK, so I would ask people to take part in this very worthwhile scheme.”

Mr Fraser continued: “The success of the scheme was shown by it inspiring more than a million trees being planted during the first official planting season, from October 2021 to March 2022. The late Queen dedicated her life to serving the nation – this scheme is a great way for many people to plant a tree in her memory.”

The QGC has also dedicated a UK-wide network of 70 ancient woodlands and 70 ancient trees to celebrate her late Majesty’s 70 years of service.