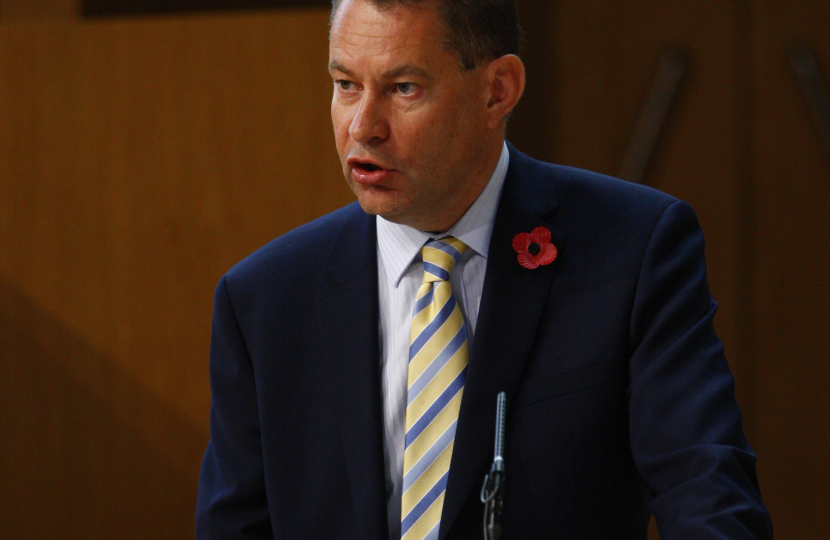 Murdo has slammed the “unnecessary” delay in the SNP rolling out its flagship R100 (Reaching 100%) broadband scheme in Highland Perthshire.

He was reacting to the findings of a progress report on the R100 scheme by Audit Scotland. Stephen Boyle, the Auditor General for Scotland, noted in the report that 107,000 homes and businesses that are still to be connected are situated in “the hardest to reach locations,” the task of completing the programme is going to prove “challenging and expensive.”

Commenting, Murdo Fraser MSP said: “It is a damning indictment of this ‘flagship’ scheme to find out that it has been delayed until at least 2027 – six years after it was originally due to be completed. Yet again, the people of Scotland have been failed by this SNP Government as they promised the scheme would reach every home and business across the country by 2021, but it has been beset by problems, including a protracted legal dispute.”

Murdo continued: “Poor broadband, or lack of broadband, is still one of the main issues constituents contact me about and it is particularly bad in Highland Perthshire, where there is a large percentage of rural properties and businesses.

“These constituents deserve fast, reliable broadband in this day and age. Although many of them live and work in remote, rural areas of Highland Perthshire, that is no excuse to miss out on broadband, especially at a time when it is needed more than ever.”