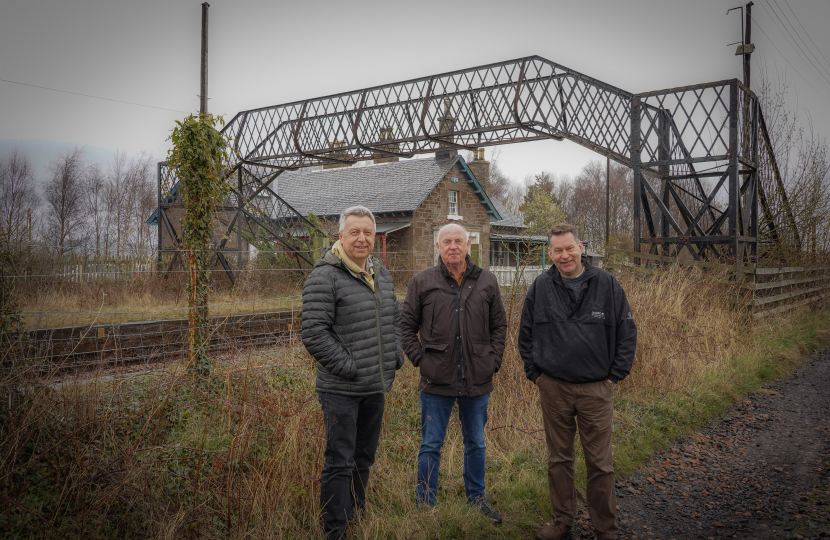 Murdo has backed a call from local Conservative politicians to call on the SNP Government to open rail stations in the Carse of Gowrie.

He has supported the views of Councillor Angus Forbes and Scottish Conservative local Council candidate Mac Roberts, who would like to see at least one new railway station to be in use in the region.

Councillor Forbes has written to the Transport Minister Jenny Gilruth asking that the SNP Government consider reopening either Errol or Inchture station to encourage residents away from their cars and on to public transport.

The politicians feel that opening the railway stations again would meet the climate change objectives set by the council, make train travel easier for local residents and encourage people out of their cars.

Inchture Station was built in 1847 and closed in 1956. Originally it had a short tram operated branch line to Inchture village.

Errol Station opened in 1847 and closed more recently in 1985. Until then it served as a passenger and goods depot for Errol and the surrounding area.

Commenting, Murdo Fraser MSP said: "There are many residents in the Carse of Gowrie who commute to work in Dundee or Perth who would welcome the opportunity to leave their cars at home and travel by train instead.

“Opening one or more of the Carse stations makes a great deal of sense and I am backing this timely call from Angus Forbes and Mac Roberts. I hope that the SNP Government will step up and deliver these improvements for Carse residents, particularly after all the promises that have been made about the benefits of ScotRail nationalisation.”