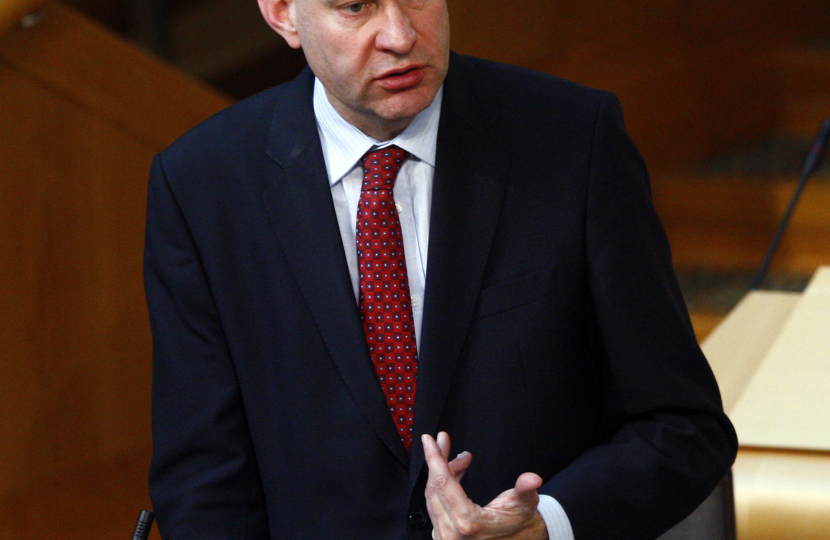 He said the “shocking” response from Education and Skills Secretary Shirley-Anne Sommerville on the issue basically means that children going into S1 this summer may leave school after S4 without ever getting their free laptop computer.

Murdo had recently asked the Education Secretary to provide an update on progress towards its commitment to deliver a free laptop or tablet to every school child in Scotland.

Commenting, Murdo Fraser MSP said: “For the Education Secretary to reveal that they won’t be able to provide a free laptop to every child until the end of this Parliamentary term is utterly shocking. The whole idea of the scheme was to help disadvantaged children during the pandemic who were struggling to do home schooling.

“However, we heard that it will be another four years for the scheme to be completed so the attainment gap will not be closed at all – that is very concerning.”

Murdo continued: “Many sceptics saw this move as an election gimmick, coming as it did before the Scottish Parliament elections, and this shocking response today from the Education Secretary just adds to that feeling. When the scheme was announced, former Education Secretary John Swinney had promised it would end the ‘digital divide’ but the revelation that the project will not be completed for another four years just beggars’ belief.

“During the pandemic we had many school children who would have benefitted from a free laptop or tablet, as many of them did not have access to one. The Cabinet Secretary confirmed that the programme will not be completely rolled out until the end of this Parliament. This means there will be pupils going into S1 this summer who may leave school after S4 without ever getting a free laptop computer.

“That is an embarrassing indictment of the SNP’s promise to school children, many of whom will be bitterly disappointed if they end up not getting their free laptop.”

Mr Fraser had raised the issue with the Education Secretary today during General Questions at Holyrood.

Murdo has raised concerns about proposed parking charges at a Highland Perthshire woodland, which could begin in January.